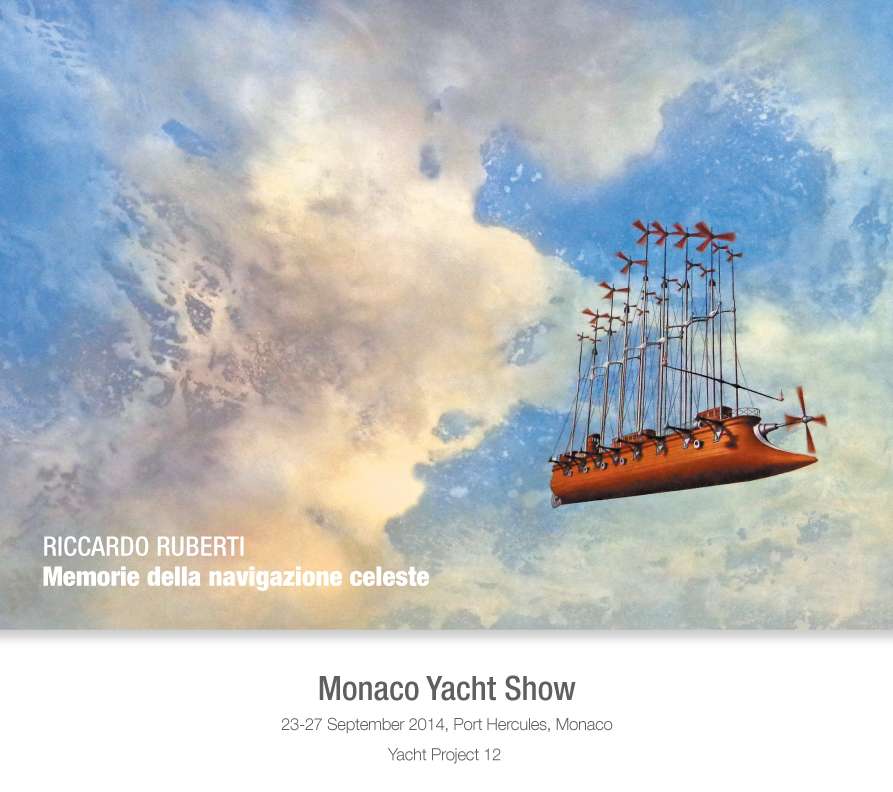 Each sky is a unique sky
No two skies are the same.
Some are azure, extremely azure. They are crossed by clouds depicting organic textures and shapes full of life.
Others are captured at twilight; they are calm and reassuring
They are lit with an intimate light that fills them with warmth and colour.
Orange ones are explosive, unnatural, powerful; frighteningly fascinating.
Then, some skies are nothing but clouds: mysterious, impenetrable. You can get lost in them while looking for what remains of the essence, of the sun.
Each sky is a unique sky.
Each feeling is a unique feeling.
Lives, correspondences, moods.
Riccardo Ruberti perceives all of them and like an experienced narrator he gives them back to his readers using colour in place of words.
Protagonist and spectator, the sky becomes the silent stage where innumerable characters play their roles. The figures, which are always placed at the bottom of the composition, appear as an interesting foot note in the representation space. They are dominated by never ending blue skies mirroring life on earth.
Shapely and shapeless, ethereal and heavy
Near and far, reality and imagination.
Past, present, future.
Everything converges into one painting. A physical and psychological journey is put on stage through punctual, meditated brush strokes and an elegant technical experimentation in the representation of skies and oceans.
It is an adventurous and dreamlike journey which might be impossible to take. Likewise, the peculiar flying machines, which inhabit Ruberti’s sidereal space, might be impossible to build in the real world. Nevertheless, we would all love to start a journey on one of those machines.
Destination unknown.
The Essential thing is to Leave.

This website uses cookies to improve your experience while you navigate through the website. Out of these, the cookies that are categorized as necessary are stored on your browser as they are essential for the working of basic functionalities of the website. We also use third-party cookies that help us analyze and understand how you use this website. These cookies will be stored in your browser only with your consent. You also have the option to opt-out of these cookies. But opting out of some of these cookies may affect your browsing experience.
Necessary Sempre abilitato
Necessary cookies are absolutely essential for the website to function properly. These cookies ensure basic functionalities and security features of the website, anonymously.
Functional
Functional cookies help to perform certain functionalities like sharing the content of the website on social media platforms, collect feedbacks, and other third-party features.
Performance
Performance cookies are used to understand and analyze the key performance indexes of the website which helps in delivering a better user experience for the visitors.
Analytics
Analytical cookies are used to understand how visitors interact with the website. These cookies help provide information on metrics the number of visitors, bounce rate, traffic source, etc.
Advertisement
Advertisement cookies are used to provide visitors with relevant ads and marketing campaigns. These cookies track visitors across websites and collect information to provide customized ads.
Others
Other uncategorized cookies are those that are being analyzed and have not been classified into a category as yet.
ACCETTA E SALVA